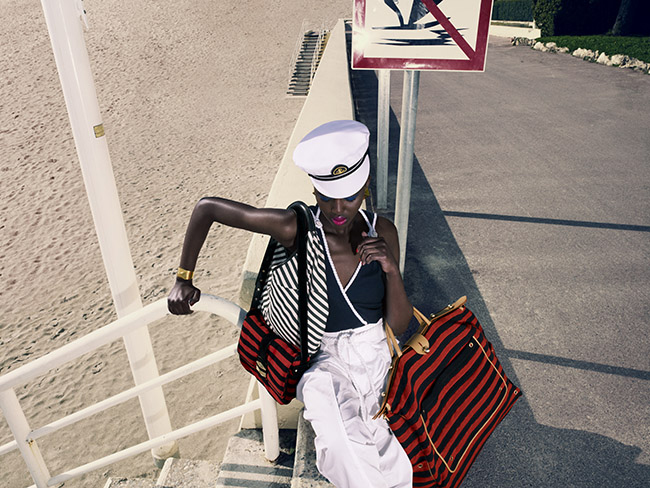 The French Riviera has always retained a sweet spot in the lore of glamour and sophistication, and the City of Cannes has always been the epitome of global chic. Since 1946, the city has hosted the prestigious Cannes Film Festival, the Cannes Lions International Festival of Creativity, and the Cannes Yachting Festival. No matter what time of year it is, people never can say goodbye to the French Riviera.

Set sail with fashion photographer John-Paul Pietrus, as he recalls the mise en scene of his luxurious photo shoot on the iconic Promenade de la Croisette.

It was my first time in Cannes, which is amazing, glamorous and beautiful. It’s everything you think the French Riviera should be. The French Riviera reminds me of a James Bond movie. It has that sort of super 70’s chic feel, with beautiful weather and beautiful light. Our team stayed very close to the waterfront, at the InterContinental Carlton hotel, where they have all the big social parties for the Cannes Film Festival. 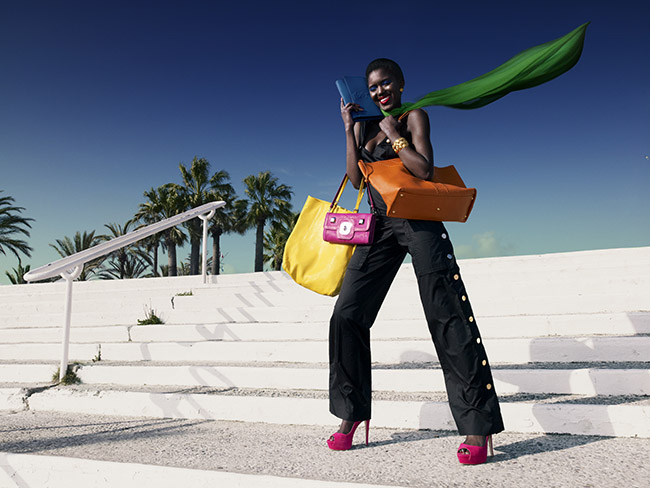 We had a model confirmed for the shoot, but she had a problem with her visa. As a replacement, we contacted a Paris based modeling agency, and chose the gorgeous Alimata Fofana, who I love.  I knew it would be more expected to see a white, blonde or brunette, woman in a French Riviera shoot.

For the story, our fashion stylist, Loic Masi, wanted to dress the model in all red, white and blue. Since we were by the sea, we wanted to create a maritime feel and have really bright poppy colors with lots of optimism. I wanted to take advantage of the beautiful light there, and incorporate great wide angles into the space.

Loic is a brilliant fashion stylist and we’ve worked on many stories together, but we always have a fight every shoot. This time we had a couple of fights! 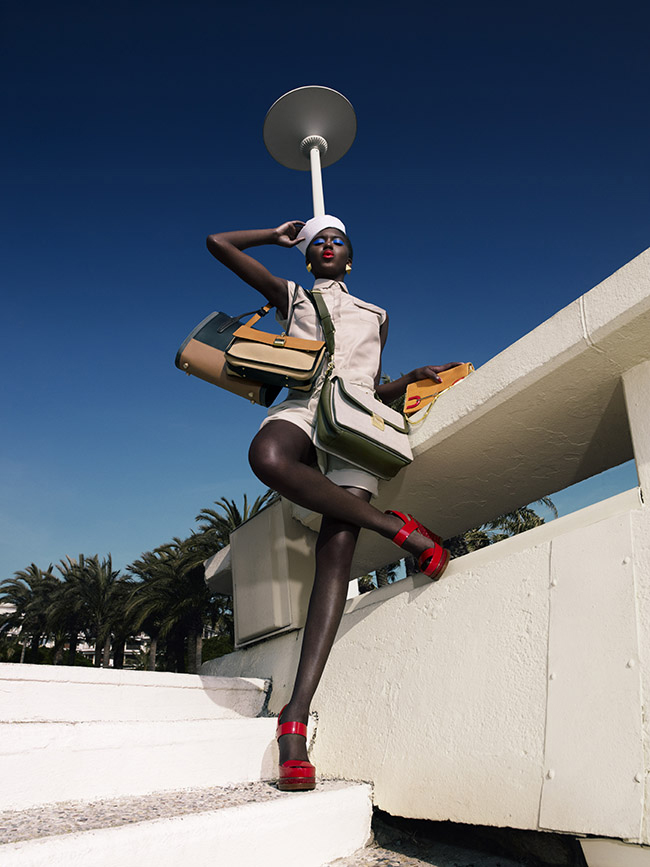 Fight No. 1: On the second day of the shoot we were having lunch and Loic said, “Oh you know that shot we did yesterday? Let’s do it again, because I think I should have used red shoes instead”. I said “OK. Sure.” Then he said, “I actually thought of that yesterday, while we were shooting, but I didn’t want to tell you.” That’s when I lost it! If he thought of it that night, when he was looking back at the story, fair enough. If he thought of it while we were doing the shot, but just didn’t want to tell me, that was a huge waste of everyone’s effort. I lost it and said, “Now you’re telling me! We have to set everything up all over again. It’s hot out here!” 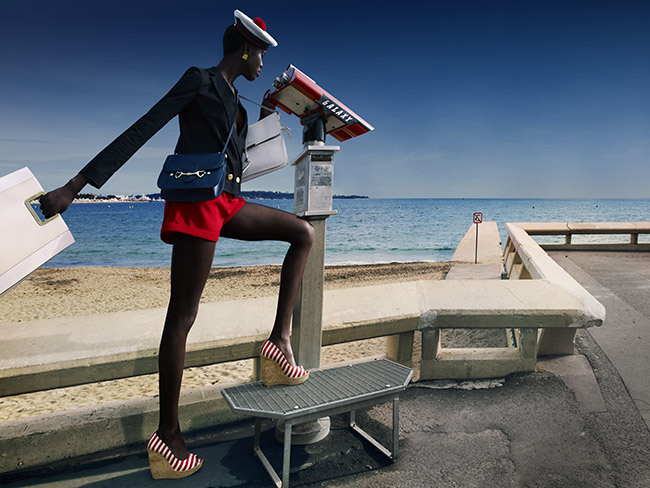 Fight No. 2: We wanted to shoot the entire story in one day, with natural light. The shot of the model looking through a telescope turned out to be the last shot. It was getting dark and the shot did not look good. Loic asked me If I could use flash and make it look like sunlight. I said, “No”, but he insisted and insisted, so I used a flash for the shot. He was satisfied, but I thought the flash looked ugly. I didn’t like the way it looked because the light stuck out like a sore thumb, compared to the rest of the story. 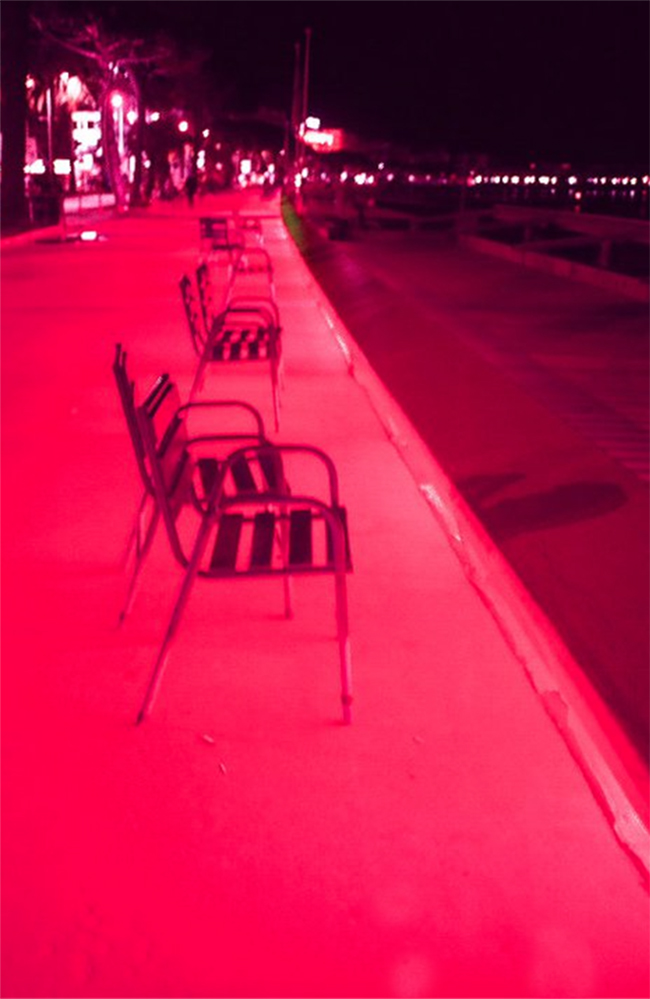 I wanted to do the same shot again in the morning, because I know it would be sunny – it’s the French Riviera. Loic said “Oh you’re too much of a perfectionist.” Then I lost it again. I said, “Well you had to have your bloody red shoes in the other shot!” Of course the next day we did the shot again, and Loic said, “Oh yeah, you were right”. I said, “Of course I was right, but we spent an extra hour last night, trying to make it look sunny and it didn’t work. I just did it to humor you, because you kept insisting, and insisting, and insisting, to shoot it.” I love Loic, but he drives me mental at least once on every shoot. 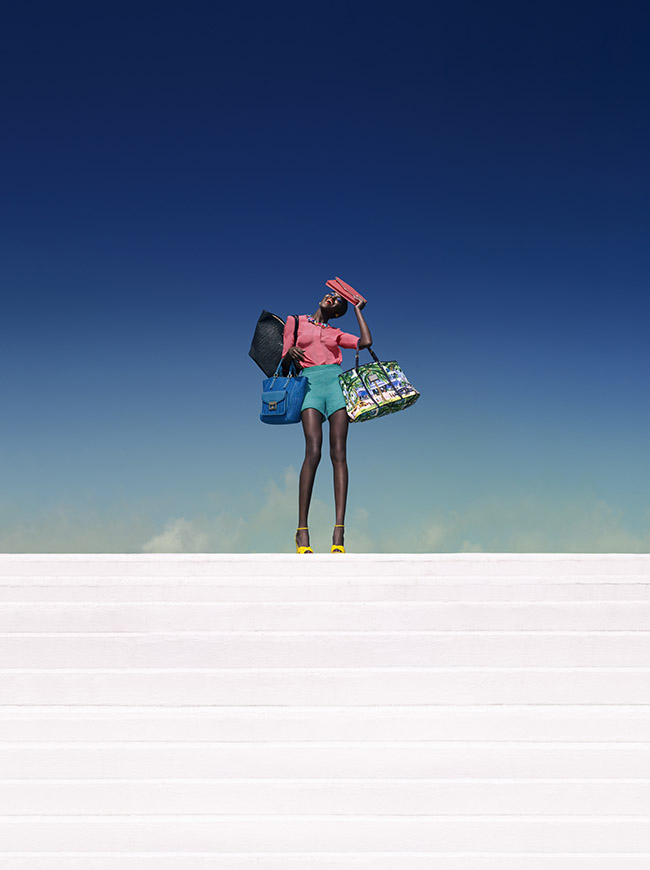 The styling was done by the brilliant Loic Masi. The makeup was done by Liz Martins, who is based in London. She likes bright colors, so she did a really nice bright lipstick. The hair was done by Leila Abel, from Paris. I shot the photos with a Hasselblad digital camera. The lighting was courtesy of the French Riviera sun.