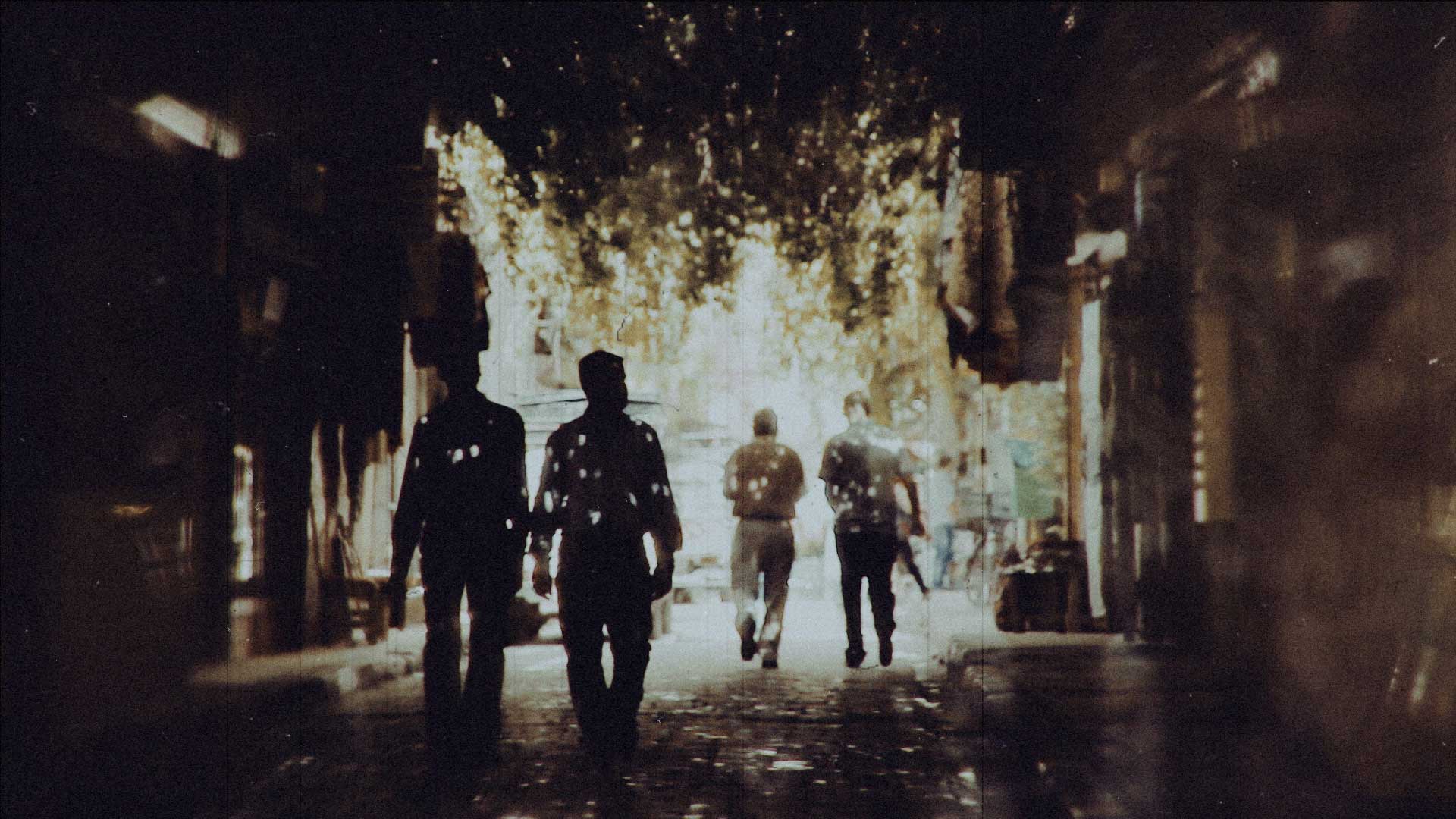 Waref Abu Quba is a Syrian video director who is beautifully reframing the narrative of culture, memory, and migration. His award winning video In Damascus is an ethereal voyage into an ancient culture transforming in modern times.

Where are you from?

Waref Abu Quba: I am from Al-Tall a town in Damascus Suburb area, it’s only 14 km far from Damascus. I’ve studied and lived in Damascus for a number of years.

When did you decide to leave Syria and why?

Waref Abu Quba: As I graduated from the Faculty of Fine Arts in Damascus in 2007, I wanted to stay for a little longer in Syria and give it a try, starting my own business, so I started a small production company and things were going well for me at the beginning. Then comes a point in every Syrian male life, where we are offered two choices from the government: stay in the country and serve two horrible years in the military which is mandatory, or leave the country for five years to work and then pay a $5,000 fee, to be excused from the military service (which is a big amount of money for Syrians).

I went with the second choice, and decided to leave Syria. I didn’t want to serve in Al-Assad army, so I went to Dubai in September 2011, searching for a job. It was very hard at that time to obtain a work residency for Syrians, so I ended up in Jordan and I stayed there for two years, before coming to Germany.

Waref Abu Quba: I have a bachelor in Graphic Arts from Damascus University – Faculty of Fine Arts in 2007. I started learning on my own because we don’t have any film school in Syria. I took an editing course in 2003 and since then I worked as an editor, I started by helping my friends in editing their graduation projects, and continued learning new stuff and evolving, but only until 2008 I was able to do my first major project as a director and since then I worked as a freelance filmmaker and motion graphic designer.

What inspired you to shoot In Damascus?

Waref Abu Quba: Walking through the streets of Damascus is enough for inspiration. I’ve always wanted to do a film about Damascus. At first, to show the world an absence side of Damascus maybe they do not know especially in the past 3 years when all you can see and hear is about the war. Secondly, for myself, because I can’t get enough with anything beautiful that touches me, until I capture it with my lens. Only after that I get the feeling of satisfaction that allows me to move forward.

How did you shoot the video?

Waref Abu Quba: At the time of shooting I didn’t have any expensive tools to make any fancy camera movements like a dolly, a slider or a crane, so I used a technique called 3D Projection which allows me to do some of those movements in the post production process to a still video footage.

Mainly I’ve shot the film alone, I’ve used static videos shot with my Canon 550D, and then I’ve did some camera movements in the post-production process. There is a VFX Breakdown video available online.

Why did you include the poetry of Mahmoud Darwish?

Waref Abu Quba: Mahmoud Darwish is a world famous Palestinian author and poet. He has been described as incarnating and reflecting “the tradition of the political poet in Islam”, the man of action whose action is poetry. He wrote a poem about Damascus and it’s recited by his voice. When I first heard his poem The Damascene Collar of the Dove, immediately, it was my first choice.

What has been the response to the video?

Waref Abu Quba: The video was well received on the social media and on the internet, it gained more than 200K views on the web, and it was staff-picked by Vimeo, which was very helpful giving the film an international attention rather than the local circles. The film was also recognized for Outstanding Cinematography in the Autumn Shorts Film Festival, Somerset, Kentucky USA in 2015. 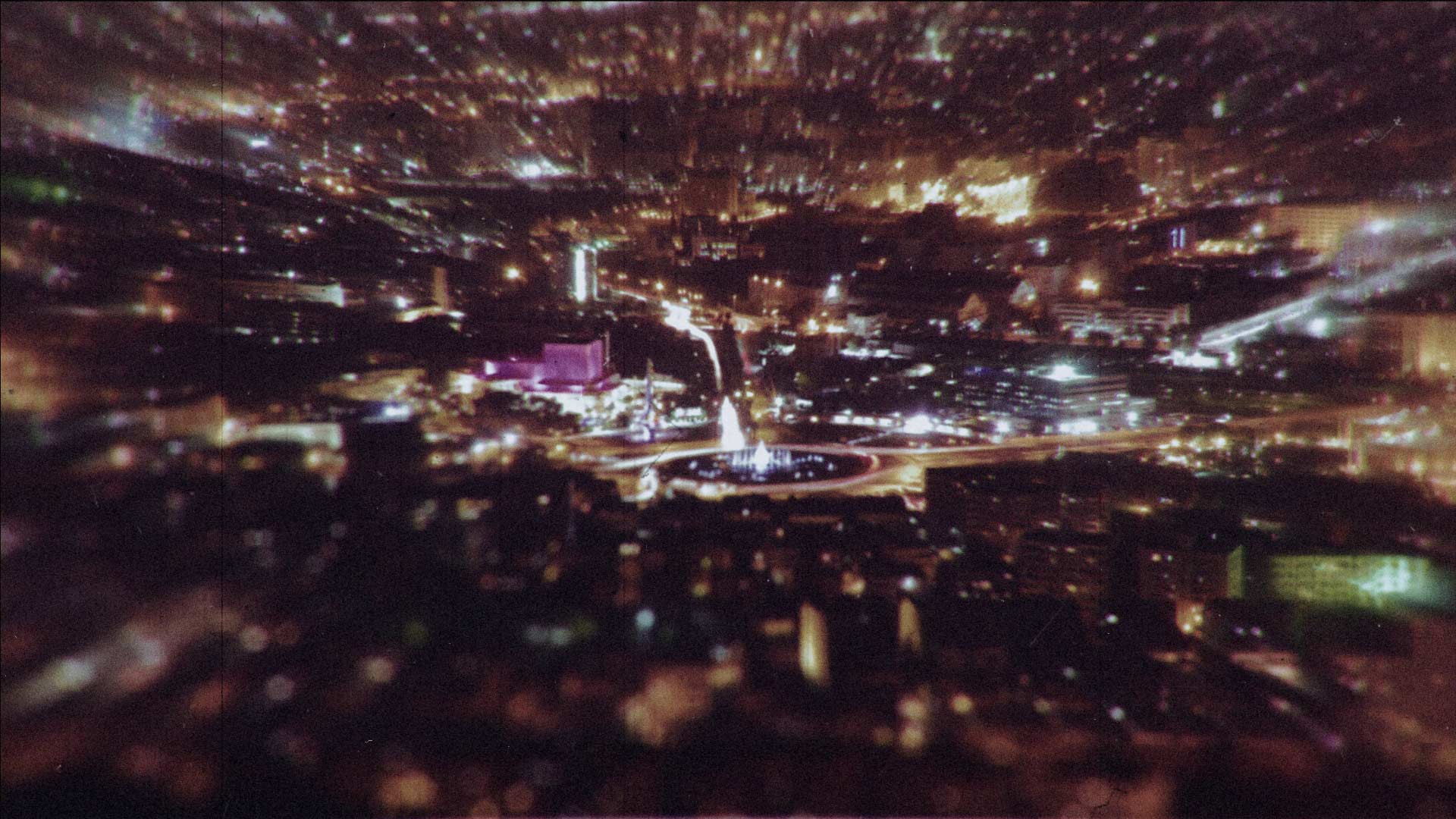 Where do you live now?

Waref Abu Quba: I live in Germany for almost two years now, in the city of Darmstadt.

How has the move to a new country and culture been like for you?

Waref Abu Quba: I came to Germany in January 2014, the hardest thing in the integration process was to learn the language, but the people were mostly nice and helpful for me, by removing the language barrier life is getting easier.

I absolutely feel thankful to Germany and to the European countries for accepting and taking care of the Syrian refugees, in a time where only a small amount of countries are doing the same, even most of the Arabic countries are not allowing the Syrians to enter, and that’s a shame because they are closer and we share the same language and culture.

To express my thankfulness, I’ve did a film about the city of Darmstadt (where I live) and I am planning to publish it sometime soon as a thank you to the nice people of the city, the film title is Stadt, Licht & Bewegung, and it’s an experimental /artistic film, 9:38 minutes long.

What do you miss about living in Syria?

Waref Abu Quba: I miss my home town, and I miss hanging out with my friends in our favorite places in Damascus, but rather than that, to be honest I don’t have too much memories attached there, living under a dictatorship will assure that for the people, I mean life was very hard there, and to make a living or to have a good education, or to raise a family, it was simply hard, and I also do have the ability to quickly acclimatize.

What do you want people to know about Syria, before the war?

Waref Abu Quba: I want the people to know, that Syria was a multicultural country for centuries, the Christians lived beside the Muslims, the Kurds beside the Arabs, so many religions and ethnicities side by side without any problem, and in Syria we didn’t have the radicalism Islamic mentality, we where tolerant at each other and everyone choose to believe in or not to believe in what he or she pleases.

For example I’ve met people in Europe who they don’t know that there is Christians in Syria, and they couldn’t believe that I do have Christian friends, that we hang out together, and we studied together and worked together. I think all this racism stories in Syria was just a tool in the hands of the politicians so they will use it when needed.

When the war ends, do you plan to return home?

Waref Abu Quba: Of course I will! When I was in Syria, my dream was to leave it to another country, mainly to find better opportunities and a better education, but now after I lived two years in Germany, I’ve found that life is also difficult here. It’s not easy to change your country after a certain age, and to learn a new language and new people. I will go back to Syria but only when we have a democratic regime which respects its people. I think this is how the majority of the Syrians refugees think.